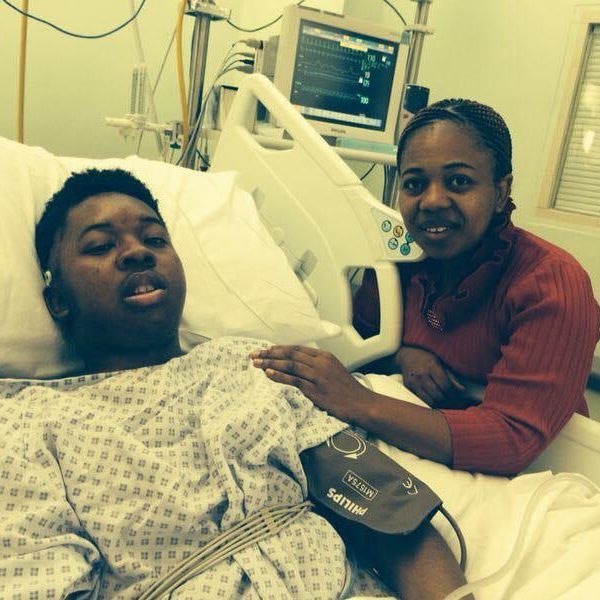 AFTER putting up a brave eight-year fight against astroblastoma, a rare type of cancer, and undergoing multiple brain and spinal surgeries, Tawanda Chamunorwa has died.

Just last Saturday he had appeared with his mother Maina as a guest on the weekly newzimbabwe.com SATE-NITE IN show with Auntie Mimiey to talk about his new book and his inspirational eight year journey.

In 2014 just as he was about to enrol in university Tawanda was diagnosed with a rare type of recurring brain tumour called ependymoma which was reclassified to astroblastoma in 2020. The tumours occur in the brain and spine.

The diagnosis was followed by two emergency brain surgeries which left him bedridden for three months.

He would go under the knife again, in 2017 following a relapse.

In his life, he had undergone three brain surgeries, two spinal surgeries, and 63 radiotherapy and chemotherapy sessions.

During this year’s Easter holiday doctors gave him three months to live saying there were no further treatment options for him but determined to beat cancer, Tawanda had started appealing for funds to explore possible clinical trials.

His mother, Maina Chamunorwa who had since quit her job to take care of him, described Tawanda as a brave champion.

She wrote: “Family I come with a heavy heart, my brave boy has been promoted to glory. He has rested and we are confident of this word. To be absent from the body is to be present with the Lord. I love you.”

During his cancer fight, he graduated with a bachelor’s degree in Sports Therapy from the University of Kent taking two gap years between his studies.

In October, Tawanda launched his book titled Tawanda Forever which detailed his ‘journey of bravery and resilience through cancer’.